Reaching and Meeting Needs Worldwide Ministry, Inc. provides spiritual and financial assistance to those in need. 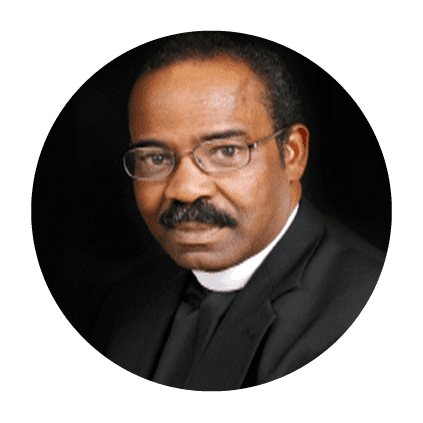 Roe Nall, Jr.  is a lifelong member of the African Methodist Episcopal Zion Church.  He was baptized by Reverend Durocher Blakey in Fayette, Alabama. Under the council and tutelage of his mentor, the late Presiding Elder M. C. Williams, he acknowledged his call to preach on Thursday, March 4, 1971.

Roe Nall, Jr.  is a lifelong member of the African Methodist Episcopal Zion Church.  He was baptized by Reverend Durocher Blakey in Fayette, Alabama. Under the council and tutelage of his mentor, the late Presiding Elder M. C. Williams, he acknowledged his call to preach on Thursday, March 4, 1971.   He preached his trial sermon on Sunday, April 4, 1971, at Bethel A. M. E. Zion Church, Brighton, Alabama, the late Reverend Harrison Johnson, Pastor.    He was set aside to the office of Deacon on Sunday, October 10, 1971, at Metropolitan A. M. E. Zion Church, Birmingham, Alabama by the Right Reverend Felix S. Anderson. Nine years and nine days later, on Sunday, October 19, 1980, he was set apart to the office of Elder at Petty’s Chapel A. M. E. Zion Church, Bessemer, Alabama by the Right Reverend James Clinton Hoggard.

Pastor Nall has served as an Associate Minister in the Michigan Conference and Presiding Elder in the Georgia Conference.  Under his leadership at Solid Rock Church, he has successfully spearheaded outreach ministries to the incarcerated, nursing homes, the elderly (a Senior Daycare Center was located on the Campus of Solid Rock Church), homeless shelters, as well as  programs to help families become debt free.

In an effort to foster his ministry, Pastor Nall has adopted  “The  World is My Parish” and has been afforded opportunities to minister and experience God’s blessings and goodness as he serves others all over the world. He has traveled extensively throughout Korea, Australia, Europe, and Africa. He is an active member of the World Methodist Council Executive Committee.

In 2007, he was the only American member to serve on a committee that planned the service of celebration marking the 300th birth anniversary of the renowned hymn writer, Charles Wesley that was held in Rome, Italy. The idea started as a modest project for local congregations in Rome, but quickly developed into an event that was arousing interest from across the world. The project was conceived by three friends and colleagues, Monsignor Donald Bolen of the Pontifical Council for Promoting Christian Unity, Bishop John Flack, the Archbishop of Canterbury’s representative to the Holy See and Reverend Dr. Trevor Hoggard of the Methodist Church. Very soon, Pastor Roe Nall, Jr. was invited to join the Committee. During the year, he made several trips to Rome for planning purposes.  On December 3, 2007, Pastor Nall and thirty-five parishioners journeyed to Rome to participate in the Ecumenical Service, which was held at   the Basilica of Saint Paul Outside the Wall.   Roman Catholics, Anglicans, and Methodists from around the world gathered at the basilica to celebrate their common heritage in the hymns of the Methodist hymn-writer and poet Charles Wesley, whose tercentenary fell on 18th December.

In 2008,  Pastor Nall  traveled  to Velletri, Italy   and  served  as  a  panelist  during  a  discussion  organized  by  the Italian Methodist Church of Rome.  The topic for discussion was, “USA Today and USA Tomorrow-The Change that has come to America by the election of Barack Hussein Obama  as the 44th President of the United States of America".  He was joined by the renowned theologian Douglas F. Ottati, the Craig Family Distinguished Professor of Theology and Ethics at Davidson College, Davidson, N.C. and Mr. Jim Winkler, General Secretary, General Board of Church and Society, the United Methodist Church.

He currently serves as Chairman of the Board and Chief Executive Officer of Reaching and Meeting Needs Worldwide Ministry, Inc. This ministry was co-founded by Pastor Nall and his late wife Mayfred Jolinda Hughes Nall. 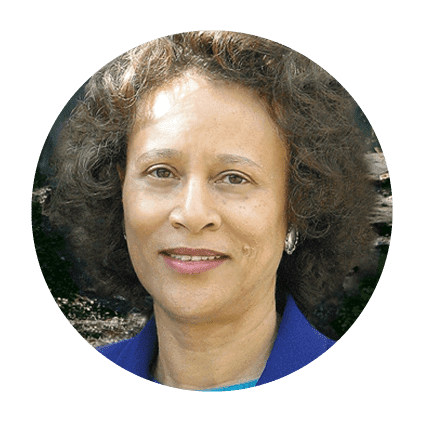 Mayfred Jolinda Hughes Nall was born Monday, June 9, 1947, in Fayette County, Alabama to the late William and Ruby Corina Hughes. She received her early education at Canaan Junior High School and graduated from West Highland High School, 1965 ranked fourth in her class. She was active in a variety of high school activities and served three years as Secretary of her homeroom class. Perhaps what she was most noted for was her accurate memorization of the Scriptures. Once when asked why she had such a knowledge of the Scriptures, she responded, “As a child growing up without school textbooks, I studied the only book I have available: The Bible.”

Mayfred graduated from Alabama A&M University, Normal, AL in 1970 with a degree in Business Education. She launched her career as a typing teacher in the Colbert County School System, Tuscumbia, Alabama.

In October 1986 Roe moved the Nall family to Atlanta, Georgia so that Roe could begin his studies to earn his degree in divinity. On November 2, 1986, Roe and Mayfred were given a paper appointment by Bishop Arthur Marshall, Jr. to the pastorate of Decatur Mission A. M. E. Zion Church. Mayfred worked side by side her husband to build the ministry. During her period of service to this ministry, she served as cook for the Sunday School breakfast program, initiated a nursery program for Sunday morning and Tuesday night Bible Study, served as Sunday School teacher, and was Coordinator of the Young Adult Missionary Society and Life Members Council for many of the initial startup years, she faithfully typed the six-page worship bulletin every Saturday night. Mayfred carefully tended to the smallest detail and was continuingly going above and beyond what was required and expected. She was asked once why she as a ‘first lady’ worked in such a dedicated manner with an unbreakable spirit and was so involved and committed to so many different responsibilities. She responded, “I try to work in areas where there is a need in the church. I am committed to serve until God sends someone who will willing step in and take over the responsibilities.”

Mayfred’s passion as a Sunday School teacher was never more exemplified than on Sunday, May 31, 2015, when she taught her last lesson from First Corinthians 13. She began teaching Sunday School with one pupil, her husband, with such passion as though there were fifty to sixty persons in the class. A little later another student arrived and finally two more students arrive. Mayfred continued teaching the lesson that she prepared over the previous week with the final touches added Saturday night. At the conclusion of the lesson she stated, “It is all about loving God and one another and making it to Heaven. You can have an elegant prophetic tongue; you can understand all mysteries; you can give your body to be burned; you can have all education and knowledge; but if you do not love, you are nothing.” This was Mrs. Nall last statement to her Sunday School Class.

Having traveled extensively throughout the world, Mayfred’s other passion was to make it possible to connect members of the Holy Catholic Church through sharing their theological thoughts and experiences as a part of their faith journey. Thus, The Lenten Dove was born. It was very important to Mayfred that every soul be exposed to the care and goodness of God.

Mayfred had a very dedicated prayer life. She prayed daily over every matter and concern until God gave her the answer. She managed not only the affairs of her life, but those of the family, household, and all matters through prayer. Her days began with a cup of green tea, Bible Study, and an extended time of prayer. Her family knew not to bother her except for extreme emergencies during her prayer time. In the end, she knew that one day her life would be over, and she alone would stand before the throne of God and give an account of how she lived.

Mayfred had a very private and caring ministry where she would minister to others in caring ways. She was a very unselfish, giving person that had a concern for others and their well-being. She has become known for sending cards that contained a delicate paper image of an angel and a financial gift just to say to someone, “You are loved and appreciated, and I care for your wellbeing.” She was an inspiration to many. She was certainly a role model in the way she cared and gave to others. Mayfred was there with a willing hand for individuals when they needed her most. It did not matter their faith or religious affiliation. She listened for and observed for needs and quietly met them. Long before God inspired the founding of Reaching and Meeting Needs Worldwide Ministry, Inc., Mayfred sought out the homeless, hungry, and naked and quietly reached to meet their needs from private resources. On Friday, November 29, 2013, inspired by God and using the first initials of their first and last name, Mayfred and her husband Roe officially began Reaching and Meeting Needs Worldwide Ministry, Inc.

As a mother of two daughters, aunt to over 50 nieces and nephews and a Christian mentor who worked for over thirty years with children and youth of all ages in the church, Mayfred had a deep and stirring concern for the well-being and destiny of youth. After many months of laying this concern before God, He gave Mayfred the vision to start Teen Reach, Inc.(TRI) a not-for-profit organization. The TRI mission is to set forth an ongoing, FREE, structured program where teens are provided with supplemental opportunities to interact in a fun and engaging way with other teens in a Christian atmosphere. The curriculum is designed to develop teen skills in a variety of life-changing areas-spiritual, social, cultural, personal professional, health and community service. Mayfred earned a bachelor’s degree in Business Education from Alabama A. and M. University, Huntsville, Alabama, and master’s degree in Business Administration from Georgia State University. Mayfred devoted 25 years to Emory University as an associate in the Development Office of Woodruff Library. Her hobbies included collecting thimbles and elephants, tending to her massive garden, preserving old bird nests, and canning fruits and vegetables. 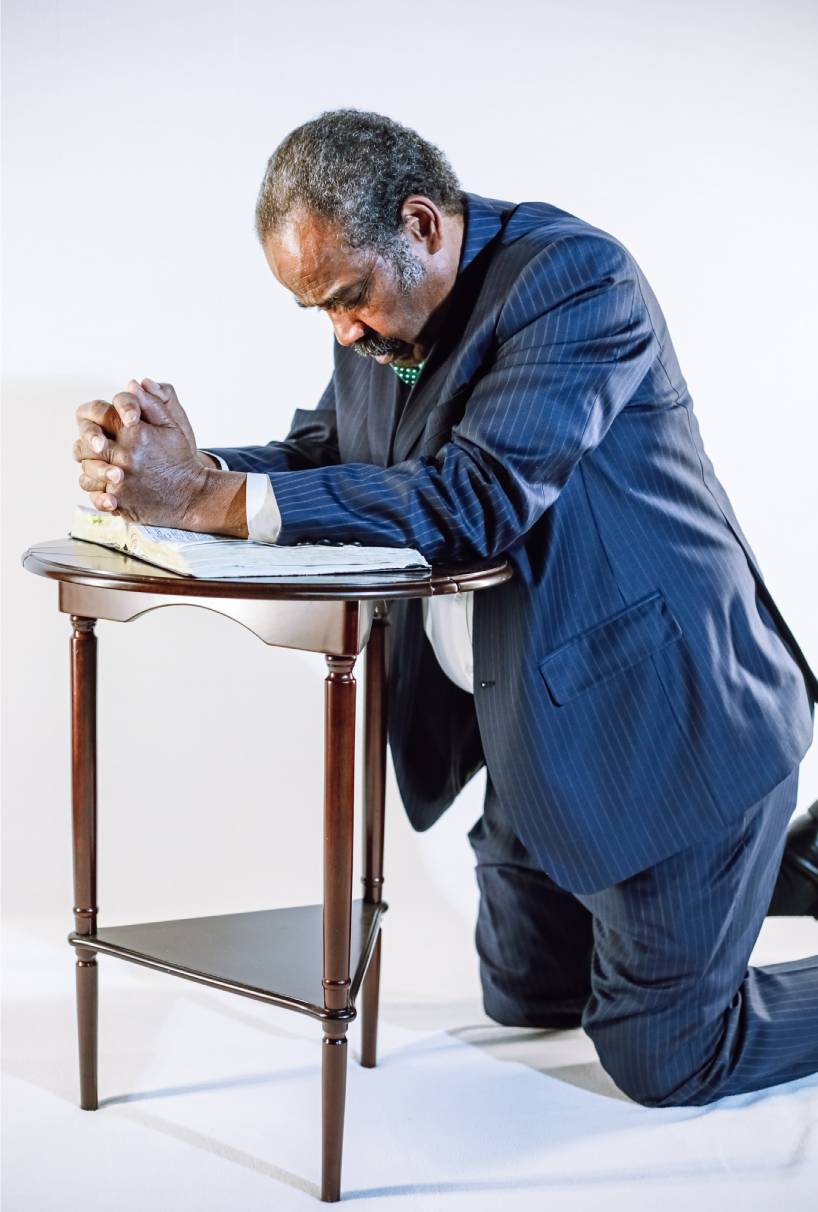 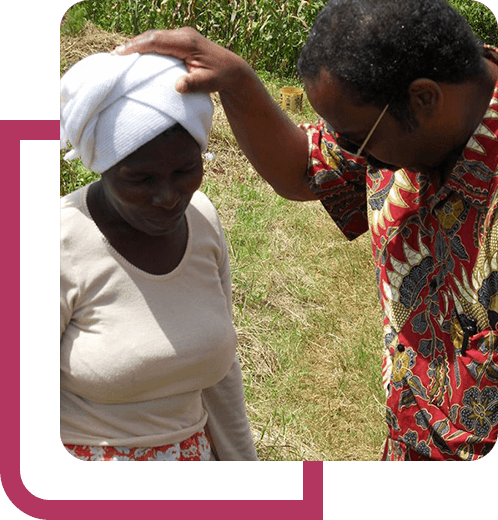 The mission of Reaching and Meeting Needs Worldwide Ministry, Inc. is to provide spiritual and financial assistance and in-kind services to struggling individuals by doing all the good we can, by all the means we can, in all the ways we can, in all the places we can, at all the times we can, to all the people we can, as long as ever we can.