TO: Our Partners in Ministry:
Thank you for partnering with Reaching and Meeting Needs Worldwide Ministry, Inc. to meet the needs of so many who were in need of assistance. Our outreach was only made possible by the Grace of God and your kind support.

Through our outreach and random acts of kindness the Ministry has reached across the world and met the needs of so many individuals. Here is a brief summary of some of the things the Ministry has done during the 2021calendar year. The Ministry has provided over 50 meals for individuals who were in quarantine due to Covid-19; provided $5,000 in Haiti relief; paid the first semester of college tuition for a student who lives in Johnson City, Tennessee; donated $1,000 to help bury the loved one of a family here in the Atlanta area; provided $700 to assist a widow with utilities whose husband died without leaving benefits for his wife; provided $1,400 in utility and rent subsidy for a cancer victim; donated $100,000 to Luther Rice Seminary and University to provide academic scholarships for international students born and reared outside of the United States of America; purchased $1,600 in clothing for a children homeless shelter; purchased new automobile tires for a family so that the mother would have reliable transportation to get to and from work; provided meals for six families where there had been a death in the immediate family; purchased Thanksgiving groceries for thirty five families in the socially economic deprived areas of Dekalb County, Georgia; donated $15,000 to the 100 Black Men of Greater Huntsville to support its mentee educational enhancement programs to empower youth to reach their fullest potential and provided over 1,500 pounds of meat to assist families facing Covid-19 predicaments.

Thank you for being our partner in the great work God has called us to do. MAY GOD CONTINUE TO BLESS YOU FOR THE SUPPORT YOU HAVE GIVEN TO REACHING AND MEETING NEEDS WORLDWIDE  MINISTRY, INC.

This has been a phenomenal year for Reaching and Meeting Needs (RMN) Worldwide Ministry, Inc. Through our experience in giving, it is our firm conviction that Covid19 cannot make null and void God’s Holy Word. We have been able to virtually reach across the world to assist so many individuals and families. Here are a few examples of the way God has blessed the ministry to be a blessing to others: assisted over 2,500 families with food, utility, and rent responsibilities; given thirty families Covid19 relief stipends of $250 each; covered the instillation of a new HVAC system in one family’s home; contributed $5,000 to Wiley College in Marshall, Texas to support virtual world worship for students in the Division of Religious and Spiritual Life; paid off the mortgage on St. James A.M.E. Zion Church in Rome, Georgia; donated $25,000 to Saint Jude Research Hospital in Memphis, Tennessee; and donated $46,315 to Valley Fellowship Christian Academy in Huntsville, Alabama to construct a drive-through and awning to protect faculty, staff and students from inclement weather. Purchased meals for sick and shut-in during the Thanksgiving Holiday. During the Christmas Holiday,   purchased clothing and toys for eight families impacted by unemployment.  On December 28, 29, and 30, I went to four  grocery stores located in economically disadvantaged neighborhoods and did Random Acts of Kindness by purchasing groceries for forty-two (42) families as they checked out without regards to the cost of the groceries .

As CEO and President of Reaching and Meeting Needs Worldwide Ministry, Inc., God has blessed me to do the following: deliver 52 weekly meditations; make over 500 visits, conduct sixty counseling sessions; offer prayer with or for 1,277 individuals and situations; officiate or attend five funerals; dedicate two homes and travel 267,000 air and surface miles.  The Ministry has continued to reach and meet needs across the world. During the calendar year 2019, the Ministry: provided support  for a California mother whose daughter was in the Emory ICU for three months and three weeks;  provided ninety days of housing for a family; provided hotel accommodations for a homeless mother and her infant; purchased insulin for an individual caught in the Medicare gap; paid for the repair of air conditioning unit for a household where the head of household had been laid off due to the inability to work related to health issues as well as an elderly blind person residing in the household;  provided 325 meals for the homeless in downtown Atlanta; provided pre-cooked Thanksgiving and Christmas meals sufficient to feed 1,250 individuals residing in the States of Alabama, Georgia, and South Carolina;  provided $10.00 meal cards to persons who had family members in surgery at Piedmont hospital, Atlanta, Georgia; and provided weekly fresh flowers for a homebound member of the World Parish.  A major emphasis  for the Ministry was reaching and meeting needs in the area of higher education. To fulfill the emphasis, the Ministry provided funding for ten students who live in the “Blackbelt” region of Alabama to travel abroad and study the educational system of The People’s Republic of China. In addition, the Ministry provided the funds for Luther Rice University, Lithonia, Georgia to purchase an online proctoring system. This system makes it possible for the University to proctor the theological education of 1,249 students residing in 48 states and 22 foreign countries.

Reaching and Meeting Needs Worldwide Ministry, Inc. has been able to reach the needs and assist over 2,500 people in 2018. The ministry made donations to three college students; replaced the roof on the administrative building of a school; provided rent assistance to families; assisted three families in Alabama, Georgia, and the District of Columbia who did not have sufficient funds to provide a Christian burial for their loved one. In addition to these, the ministry also provided one year of free housing for a person that is terminally ill; provided weekly fresh flowers for a home bound senior citizen; provided meals for families who had loved ones in day surgery; paid the insurance premiums for a terminally ill individual; purchased a public address system for a church in Covington, Georgia; provided the funds to start a Sunday Morning Breakfast Program at a Methodist Church in Ellenwood, Georgia;  provided four weeks of Summer Meals for the families in  Ramer, Alabama.   Perhaps the highlight of the ministry for the year was to provide 1,400 hot meals (entrée, two vegetables and cornbread) for the hungry and homeless in the Atlanta Metropolitan area.  We attribute much of  the Ministry’s success  to the kindness and generosity of  our supporters and friends. We are thankful to count you among our co-laborer in meeting the needs of those that the Ministry is blessed to assist.

Reaching and Meeting Needs Worldwide Ministry, Inc. (RMN, Inc.) has continued to minister across the world. I have continued the  Tuesday 12 noon meditation and prayer time that Mayfred and I started shortly before  her death, May 31, 2015.  God has blessed the participation to grow from the initial three to four participants to a weekly average of 70 to 75 participants across the United States with occasional international callers. Some of the ministry highlights of the year are:  made contributions to persons who were sick and shut-in; purchased food for families where there had been a death in the family;  paid for  repair of a  basement leak in a United Methodist Church; based on the referral of a local church, paid three months’ rent and the car note for an individual who was in transition between jobs; purchased a one month supply of  insulin  for an individual whose insurance would not cover cost due to the Medicare Gap; purchased college school books for a student who did not have the funds;  partnered with Fairfield Baptist  Church, Lithonia, Georgia to feed over 450 people on Thanksgiving Day and to provide school supplies, clothing and shoes for women, men and children and food boxes to be taken home;  purchased winter coats for the students of  Southside Early Childhood Center, Lancaster, SC; supported the Classroom Expansion Building Fund of Valley Fellowship Christian Academy, Huntsville, Alabama;  paid the November and December  utility bills for ten churches with ten or less active members in the Sates of South Carolina, North Carolina and Georgia; In addition to these, the ministry also provided sixty-one days of housing for a person that is terminally ill;  provided weekly fresh flowers for a home bound senior citizen;  and financially supported the  purchased of  water  to  be sent to Puerto Rico.  As CEO, I delivered 60 meditation and sermons; made over 185 hospital, nursing home, community and home visits and personally prayed with and for over 1,026 individuals; traveled over 63,000 air and surface miles.  God has blessed me to visit members of the World Parish Ministry and their immediate family members throughout the United States.

Reaching and Meeting Needs Worldwide Ministry, Inc. (RMN, Inc.) has continued to minister across the world. Shortly before Mayfred passed, we began a Tuesday 12 noon meditation and prayer time.  God has blessed the participation to grow from the initial three to four participants to a weekly average of 50 participants across the United States with occasional international callers. The ministry paid the tuition of a college student who needed the financial assistance  to graduate on time; purchased and delivered fully cooked Thanksgiving meals to feed thirty people; partnered with Fairfield Baptist  church to feed over 300 people on Thanksgiving Day; assisted families with utility bills; and paid off the mortgage for a congregation in Monroe, Georgia that has struggled for 19 years to pay the monthly note. Now that congregation is debt free and is no longer “slave to the lender.” In addition to these, the ministry also paid for the prescriptions of individuals who did not have the funds or insurance; provided food and parking assistance for families who had loved ones in Emory University  Hospital and Egleston Children Hospital; provided weekly fresh flowers for a home bound senior citizen;   and supported a cap, coat, and sock project for children at the Southside Early Childhood Center in  Lancaster, South Carolina.  As CEO, I have made over 750 home, nursing home and hospital visits and traveled over 12,000 miles in execution and support of the ministry. 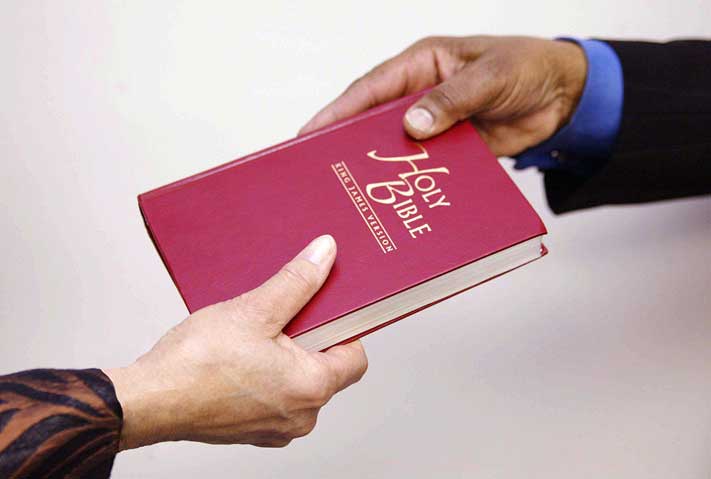